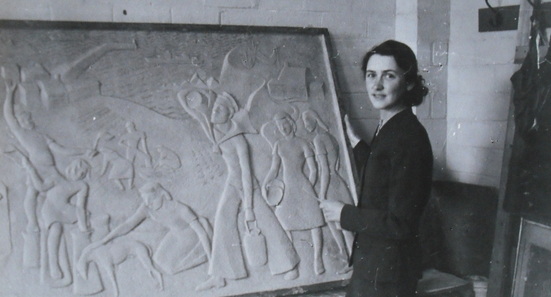 Mary in front of a bas-relief made in Bath, 1942, where she was employed during part of the war by Ordinance Survey, working on map production for the War Effort. Her husband, Kent, was a surgeon in the Royal Army Medical Corps and stationed mainly in the Middle East during the war (North Africa, Tobruk, El Alamein, Libya and the siege of Malta). He commanded a forward surgical unit at the Battle Of Alamein as a lieutenant colonel in command of a surgical division of a general hospital. He commanded No. 8 Field Surgical Division at Alamein in 1942 - 1st battle 1-27th July 1942, 2nd battle 23 October to 4th November 1942. After the war he continued his association with the Army and often, after a full week at St Thomas's Hospital, London, spent his Saturdays continuing his surgical work for the Army at the Aldershot Military Hospital.  From 1952 he was consultant thoracic surgeon to the Royal Navy and Royal Army Medical Corps.

In the background of the above scene, a harbour, houses and farm buildings. In the foreground and out of shot in this photograph are a middle aged man and women. Other figures include a man in naval uniform, a man waving, four women and a dog. In the middle distance three persons appear to be digging. It seems this is a scene depicting something to do with arrival or departure during the war. 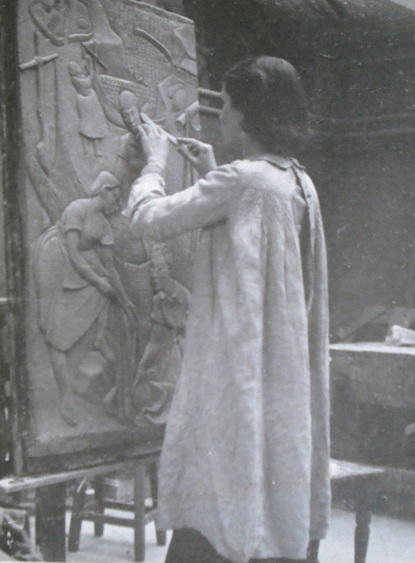 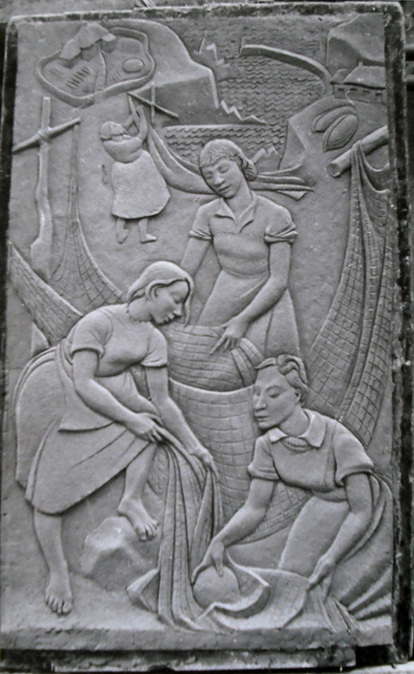 Scene depicting women sorting and hanging fishing nets. In the background a harbour. Created in Aberdeen and where her sight of this work nearby could have been the inspiration for the composition and idea for this incredible piece. Of particular note is the fact that the women are barefoot.

Bas-relief, or Low relief work is known to be a very difficult media which she has mastered with great success and style. Had she chosen to, she could certainly have had a career as a sculptor. She did from time to time during her life create sculpture and it may have been practical issues that had bearing on her decision to focus mainly on painting. 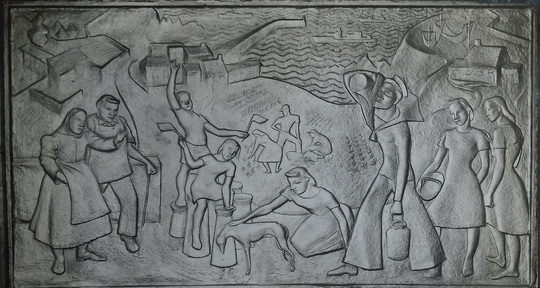 This appears to be at the stage prior to casting. A wood and wire substructure was put in place initially, over which clay was then built up and modeled. 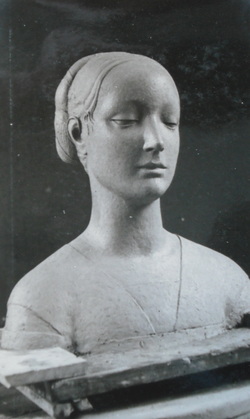 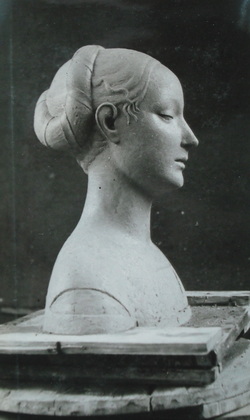 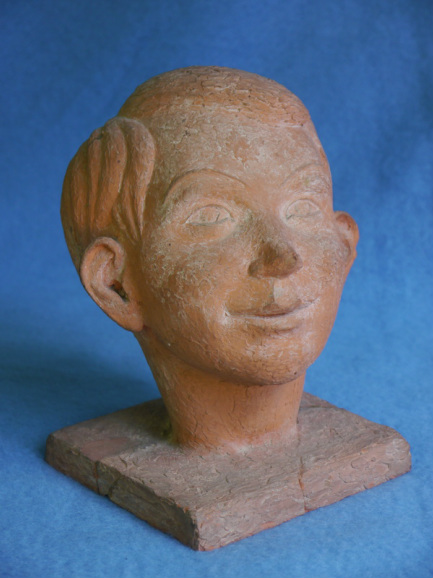 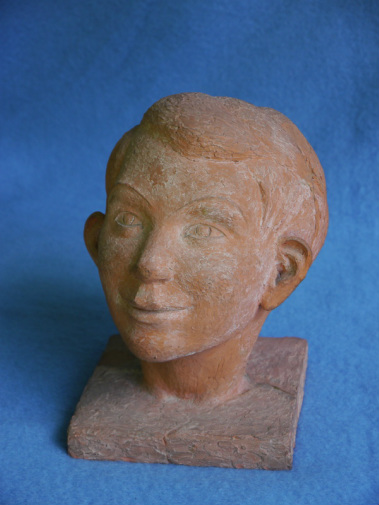